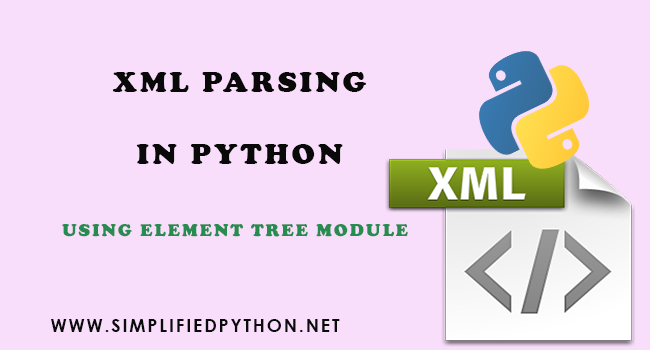 If you are looking for a tutorial that can help you to learn Parsing XML in python using ElementTree Module then you are landed in right place. In XML Parsing In Python tutorial, you will learn to parse xml file in python. So keep reading this tutorial till the end so that you can have enough knowledge of  XML Parsing.

XML Parsing In Python – What Is XML And XML Parsing

In this section, you will see some overview of XML and XML parsing so that you can understand the rest of this tutorial. So let’s get’s started.

So now you will see how actually the XML looks like. So this is the basic structure of an XML file.

An XML tree starts at a root element and branches from the root to child elements. All elements can have sub elements (child elements)

What Is XML Parsing ?

Basically parsing means to read informations from a file and split them into pieces by identifying parts of that particular XML file.

In this section, we will see how can we read and write to a XML file. To parse XML data in python, we need parsing module. So let’s discuss XML parsing module in python.

The Element Tree is a class that can be used to wrap an element structure, and convert it from and to XML. It has the following properties, let’s see what they are.

We can do parse XML documents using two methods –

This method takes XML in file format to parse it. So write the following code to use this method.

So let’s see how it works. Firstly, write the following code.

In this section, you will see how actually you can find elements according to your interest. So let’s see how it can be done.

You can find various elements and sub-elements using tag, attrib, text etc as your interests.

To find attribute elements of XML data, you have to write following code.

Now run the code and see the output.

Now, if you want to find text elements of XML data then write following code. 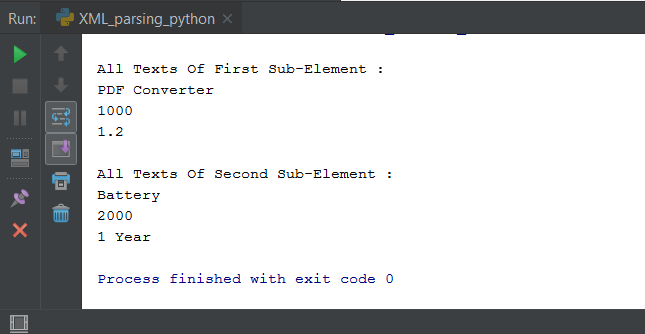 So guys this was all about XML Parsing In Python. I hope you found it helpful and you have learned lots of things about XML parsing. And if you have any query regarding this you can comment me freely.