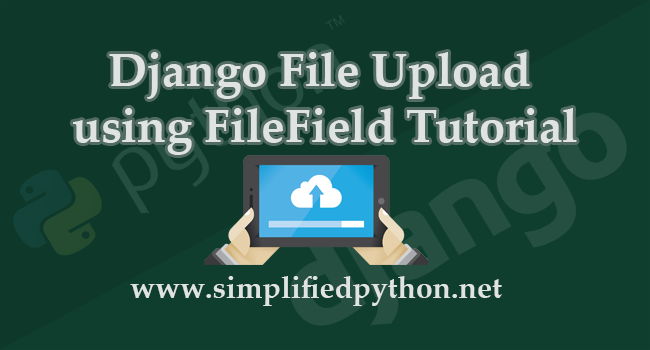 Uploading files in web development is one of the key functionalities without which web developers can’t really digest their website. This functionality is used in various fields in their own unique ways. It could be used  for simple user registration which involves uploading images  as an avatar, for uploading videos as on youtube, for uploading favourite songs as on saavn and the list goes on. As a conclusion, we can say that it is immensely important for one to learn the uploading of files in order to be a good Django web developer. So here is the post explaining Django File Upload using FileField.

More specifically, in this example of Django File Upload, we’ll be doing a user registration webapp containing just two links which will be as follows

Okay, here is the link description:-

Now that you are aquainted with the aim of this Django File Upload example, let’s get started with code.

To accomplish the task of taking inputs in this example, ModelForms have been used which reduce the pain of defining forms. Don’t worry if you are not familiar with  ModelForms. Just go through the post on Modelforms for which the link has been given below.

Creating a new App inside the Project

Hence, look for the file views.py in your app folder and then add the following code:-

That was all we had to do the backend. Now, we gotta take care of the front end.i.e the HTML and the CSS.

Building UI for the app

In this example, we also made use of some of the classes of bootstrap. So to use bootstrap in this project, follow the steps given below:-

And your bootstrap is all set. 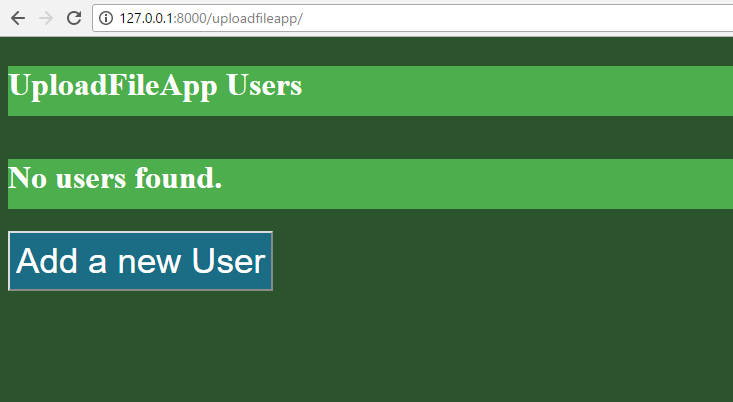 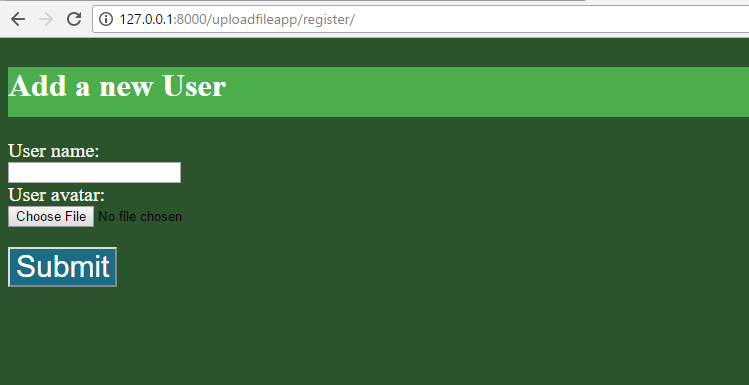 So thats all for Django File Upload Tutorial friends. Stay tuned and I will post more useful tutorials that will help you in learning Web Development using Django. Meanwhile you can comment if you want a particular topic to be explained in the coming posts. Thank You 🙂