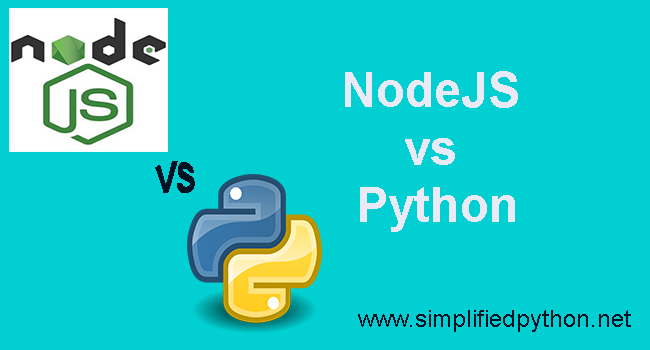 Hey programming geeks, here is an awesome and marvelous post of NodeJS vs Python. In this post we will discuss about what is NodeJS and Python, their merits/demerits, why we use them, their comparison and many more. 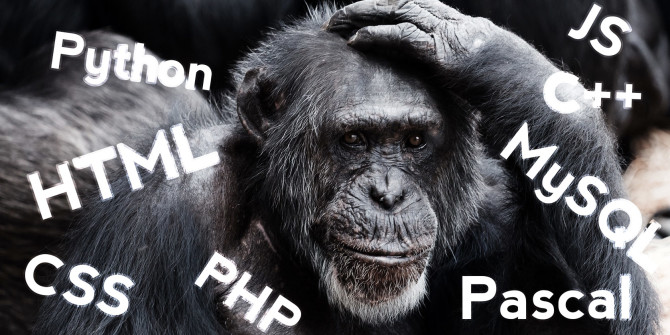 Here we will discuss about only two languages NodeJS and Python. We will try to find the answer of most obvious questions – Which is better and why? Is there any similarities between them or not? where can we use them? And What are the major differences between them. So let’s begin without any delay.This NodeJS vs Python tutorial might be lengthy but i am pretty sure you will find it beneficial and get lots of information from it, so please keep a little bit patience with this tutorial.

First of all we will discuss about NodeJS, then Python and then compare both of them.

Before NodeJS we use javascript only to build applications runs inside our browser. So every browser there what we called is javascript(JS) engine that takes javascript code and convert it to code that a computer can understand.

Internet Explorer uses Chakra, Firefox uses SpiderMonkey and chrome uses v8. And because of this varieties of engine that some time javascript code behave differently on one browser or another.

Now a browser provide a runtime environment for javascript code. For example you probably know in browsers we have the windows or a document object(document.getElementById(”);) . These objects allow us to work with the environment in which the code is running.Now after 2009 only way to execute javascript code was inside our  browser. In 2009 Rahn Dahl creator of NodeJS came up with the brilliant idea. He thought it will be great to execute javascript outside the browser. So he took Google v8 Engine which is the fastest javascript and embedded it inside a C++ program and called that program Node. so similar to a browser Node is runtime environment with javascript code.

It contains a javascript engine that can execute javascript code but it also has certain objects that provide an environment for a javascript code. These objects are different from the different environment objects that we have in browser. For example if we don’t have document.getElementById(”); instead we have other objects that give us more interesting capabilities such as we can read the file system(fs.readFile()), listen for requests(http.createServer()) and so on. We can do stuffs like that inside a browser.

So in essence NodeJS is a program that include a v8 javascript engine plus some additional module that have capabilities not available inside browsers. We can work with the file system or the network or so on.

Now we will discuss features of NodeJS. NodeJS has many features which are listed below with a detailed explanation –

Reasons To Use NodeJS

Now we will discuss why should we use NodeJS? So there is reasons listed below –

Now we will see success stories of NodeJS. NodeJS is very popular and so it is adopting by various companies. Some well-known companies that are made with NodeJS are listed below.

Now let us move forward and look at the job trends of NodeJS. So take a look on graph.

This graph shows present increase in job posting per year of NodeJS. So as you can see the rising curve, by this curve you can easily figure out that, if you are expecting a career in server side web development NodeJS  is a technology you should target and start working with.

Until now we have seen about NodeJS but now we will discuss about Python. So let’s move forward and grab the information of Python.

Reasons To Use Python

As we know now python is a most popular programming language. You can think why this is so much used? So the answer is listed below-

here are 8 companies that make use of python in different domains.

NodeJS vs Python – A Detailed Comparison

When you think about backend development, Python and Node.js are the first things that come to your mind. Python is a programming language while NodeJS is an environment that allows JavaScript code to run on the server side and not in a browser. It is based on Chrome’s V8 Engine, which runs on Google Chrome. So now we will see NodeJS vs Python in tabular format.

The aim of this post was not to prove that python is better than NodeJS or vice-versa. Our main aim was only that to differentiate between them. We tried to show which language is suitable for a particular problem. Both NodeJS and python have their own capabilities and areas of application.Both NodeJS and Python have rightfully earned their place in the software development world. The choice of the main technology for a project depends on multiple factors – application type, industry sector, performance requirements, developers experience, and so on. Hence, next time if you have to choose the right language for your project then choose it smartly.

So guys this was all about NodeJS vs Python tutorial.I hope you all will be satisfied with this post and have got a lot of informations about NodeJS and python. So friends if you have any doubt regarding this post then just comment, i will try to solve your issues. And if you like this post then share as much as possible with your friends on various social media platforms.Thanks 🙂