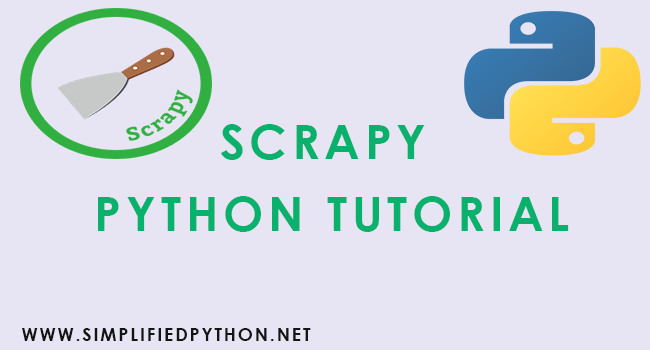 Have you wondered how google fetch the data from entire World Wide Web and index it in search engine? It is called scraping which is the process of  data extraction from websites in an automatic fashion. Web scraping is an effective way of gathering data from webpages, it has become an effective tool in data science. In Scrapy Python Tutorial, you will learn to scrape web data from websites using scrapy library. So let’s gets started.

So now we will understand how scrapy works.

Engine, spiders, downloader, item pipelines and schedular are the components of scrapy. They work together and perform web scraping. Now let’s see flow of interaction between these components.

In this section, we will learn to installing scrapy module, creating spiders, writing python code and many more. So let’s gets started without delay any time.

Now the first thing you have to do is to create a project. I am using PyCharm IDE so i am creating a project on PyCharm.

Scrapy is written in pure python and may depend on a few python packages like:

To create a scrapy project, go to your directory and open it on terminal. now run the following command on your terminal.

Now we will understand the structure of this project. This contains 5 python files, so let’s know what they mean.

Spiders are classes that you define and that Scrapy uses to scrape information from a website (or a group of websites). They must subclass scrapy.Spider and define the initial requests to make, optionally how to follow links in the pages, and how to parse the downloaded page content to extract data.

So now create a python file and save it in the myfirstscrapy/spiders directory in your project. And now write the following code in your python file.

Now to put your spider to work, go to the project’s top level directory and run the following command.

Now you can see, two html file has been created. These files contain the html code of the pages that we have scrapped.

So guys this was Scrapy Python Tutorial. Now if you have any types of doubts then must ask your queries in comment section. And if you found it helpful then SHARE.